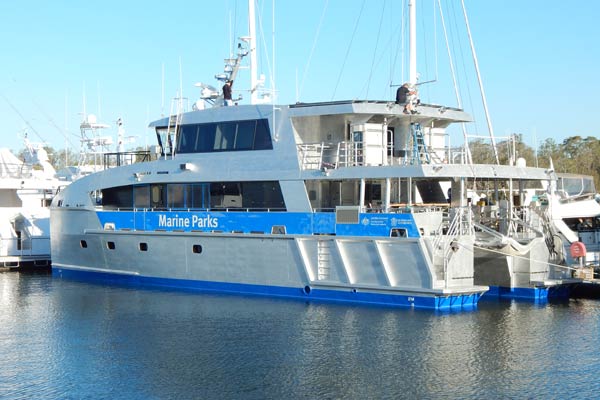 A 24-metre aluminium catamaran constructed by Gold-Coast based company Marine Engineering Consultants was launched in Cairns on 3 July 2014. The ‘Reef Ranger’ was jointly funded by the Queensland and Australian governments and will be used to protect the Great Barrier Reef. The vessel is twice as fast as its predecessor, the Kerra Lyn, has a range of up to 2000 nautical miles and can operate away from port for up to 12 weeks. It is also capable of reaching all areas of the 348,000 square kilometre Great Barrier Reef World Heritage Area.