We’re making the state’s defence industry the strongest and most capable in Australia.

To do this, we need a mix of leadership, expertise, experience and local insight to identify and help unlock opportunities for industry growth.

That’s why we’ve recruited some of Australia’s foremost defence leaders to advise the Queensland Government on growing the sector.

We’ve also established three expert advisory bodies: an overarching Minister’s Advisory Council on Defence Industry and Jobs, and two regionally focused boards for the north and south of the state.

These three bodies and our advisors provide strategic advice about defence industry development and investment attraction. They focus on delivering the Queensland Defence Industries 10-Year Roadmap and Action Plan and its three main strategies:

With a wealth of combined military experience, our Strategic Defence Advisors bring to Queensland strong insights into the world of defence and industry. They provide high-level advice to the Queensland Government on identifying and attracting strategic project opportunities to our state. Queensland’s strategic defence advisors are:

Simon is Vice Chairman of the Board for the Institute for Regional Security and active in a number of naval associations.

He was awarded a Member of the Order of Australia and United States Legion of Merit. 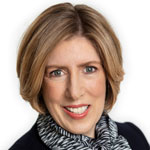 Alison is an accomplished leader and decision-maker who served in the Australian Army for 30 years. As an officer in the Royal Australian Corps of Signals, she planned and supported numerous operations in Australia and overseas, including deployments to Cambodia, East Timor, Iraq, and Afghanistan.

Having held executive leadership and strategic advisory roles within the Department of Defence and in the not-for-profit, government and private sectors, Alison has strong experience in defence industry, veteran support, information and communications technology and cyber security strategic planning.

She was awarded a Member of the Order of Australia in 2020. He is a Member in the Military Division of the Order of Australia.

The regional advisory boards report to, and are overseen by, the Minister’s Council. They have been established by the government to explore regional defence industry and supply chain opportunities in greater detail.